Everything You Need To Know About Gonorrhea Testing

Gonorrhea is an STD caused by the bacterium Neisseria gonorrhoeae, which can infect the mucous membranes in the reproductive tract, including the uterus, cervix, and fallopian tubes in women, and the urethra in men and women. It can also spread in the mucous membranes of the throat, mouth, eyes, and rectum.

Fact:Untreated gonorrhea can make an individual more susceptible to HIV.

The infection is spread by sexual contact with an infected partner. Note that gonorrhea can be transmitted even without ejaculation. It can also be contracted perinatally during childbirth. It’s very important to know that people never become immune to gonorrhea.

If left untreated, gonorrhea can cause numerous complications, including PID (pelvic inflammatory disease) in women and epididymitis in men, which can lead to infertility. When gonorrhea enters the bloodstream, it causes DGI (disseminated gonococcal infection), which can cause death. It is, therefore, very important to choose the best test for gonorrhea and take appropriate actions ahead of time.

When it comes to testing for gonorrhea, there are two options available. You can either take the nucleic acid amplification test (NAAT) or perform a gonorrhea culture.

NAAT is a test developed to detect the DNA of gonorrhea germs. It’s very precise and reliable and can be performed on urine samples or body fluids extracted from the potentially infected area.

Fact:Infants born to mothers with untreated gonorrhea have a 28% chance of developing septic neonatal conjunctivitis. 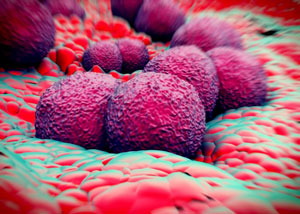 A gonorrhea culture is done to find the bacteria that causes the infection. It is performed on a sample of body fluid extracted from the urethra, cervix, rectum, throat or eye. The fluid is then added to a substance that promotes bacteria growth.

Gonorrhea testing features the following recommendations, which ensure the overall accuracy of the test: