Everything You Need To Know About Syphilis Testing

Fact:
Syphilis is also known as “The Great Imitator” since it causes symptoms that could accompany a wide range of medical conditions.

Syphilis-induced sores or chancres can occur on the lips/mouth, penis, vagina, rectum, and anus and every contact with an open wound will transmit the infection. This means it can also be spread non-sexually. Syphilis is especially dangerous for infants and unborn babies as it can cause a miscarriage or stillbirth. If left untreated, congenital syphilis can seriously affect internal organs, as well as the skin, ears, eyes, teeth, and bones. 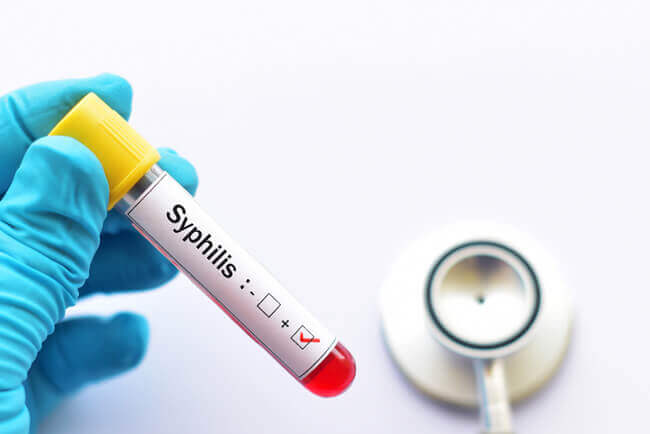 Testing for syphilis is an identification/confirmation procedure that uses tissue, blood or fluids from the sore as testing samples. A blood test will detect the antibodies created by the immune system whereas tissue and fluid tests can identify the bacterium itself. Although more reliable, tissue and fluid testing can only be performed during the later stages of the infection, which include rashes and sores. Blood tests can yield false positives since they can detect antibodies lingering in the bloodstream even after successful treatment.

The VDRL (venereal disease research laboratory) test, also known as the rapid plasma reagin (RPR) test, checks blood or spinal fluid for potential antibodies created by the immune system to fight off syphilis. The problem is, those antibodies are not specific to Treponema pallidum and can cause false positives. The detected antibodies cannot guarantee a syphilis infection, which is why the presence of the bacteria needs to be confirmed in the second step of the test. 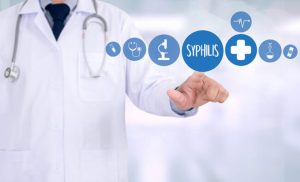 One of the easiest confirmation methods is named dark-field microscopy, which is designed to identify syphilis germs in the fluid or tissue collected from an open sore. The fluorescent treponemal antibody absorption (FTA-ABS) test is the most specific method of confirming a syphilis infection. It utilizes fluorescent markers to detect T pallidum antibodies in the blood or spinal fluid. Note that this test can be successful only 3-4 weeks after the exposure. After that, it can confuse T pallidum with other bacterial strains.

The EIS (enzyme immunoassay) test locates syphilis antigens in the blood using syphilis-specific antibodies. The test is used to confirm a suspected infection. Microhemagglutination assay (MHA-TP) and T pallidum particle agglutination assay (TPPA) are used as a confirmation method if the syphilis test comes back positive.