Top 10 STD Tests - How Soon After Unprotected Sex Can I Test For STDs?

How Soon After Unprotected Sex Can I Test For STDs?

There are around 20 million new STDs every single year in the US alone. Half of all Americans will develop an STD during their lifetime. These chilling facts paint a better picture of just how important it is to get tested for STDs if you choose to partake in unprotected sex.

Anyone who has ever had unprotected sex has potentially been exposed to the most common STDs, so today we are answering one of the most frequently asked questions about STDs: How soon after unprotected sex can I test for STDs? 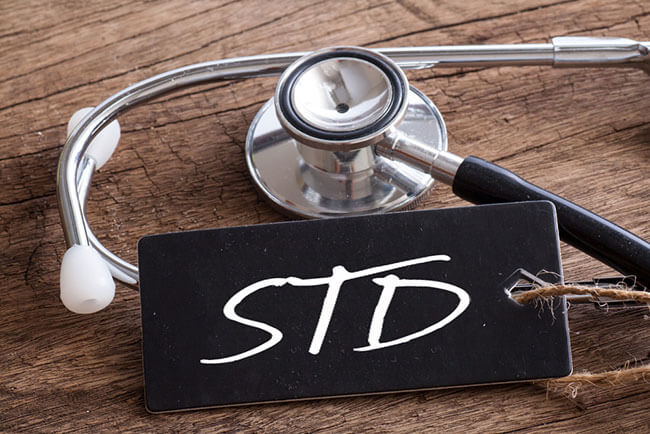 The time between exposure to an STI and the development of the first symptoms is called an incubation or window period. The end of the incubation period is also a cut-off point at which the infection has multiplied enough to be visible in a lab testing sample. Each STD has a different incubation period, so let us take a closer look at the most common infections in the US.

The testing window for chlamydia is 24 hours – 5 days after the initial exposure. If you test positive, you should retest two weeks after your treatment to make sure the Chlamydia trachomatis bacteria left your system.

If you suspect exposure to gonorrhea, you should test within 2-6 days and retest 2 weeks after treatment to make sure the Neisseria gonorrhoeae bacteria is no longer in your body.

With HIV RNA early detection, you can test 9-11 days after exposure. If you test positive, there is no need to retest since HIV is a virus and will remain in your system for life.

You can test for syphilis 3-6 weeks after potential exposure to the Treponema pallidum bacteria. If you test positive, you should retest 3 months after treatment.

The incubation period for oral and genital herpes is between 4 and 6 weeks. If you tested negative for oral herpes but engage in unprotected oral sex or frequently come into contact with herpes 1 fluids like semen or saliva, you should retest on a regular basis. If your test results for genital herpes came back negative, you should retest after three months to confirm the results.

Hepatitis B can be detected as early as 3 weeks after the initial exposure, but it is recommended to wait 6 weeks to ensure more accurate results. You don’t have to retest since the hepatitis B virus remains in your system for life.

Hepatitis C incubation period lasts between 8 and 9 weeks. You should retest after three months to confirm the initial results.

The HIV antibody test can detect the HIV virus between 1 and 3 months after exposure. No retesting is necessary.